In recent years, there has been an increasing focus on how to eliminate Escherichia coli (E. coli) effectively and safely from our food and water. The bacteria have impacted farmers, food processors, restaurants, and municipalities, and they have all taken steps towards reducing its presence. The media has been an important partner in sharing information about outbreaks, but the question remains, “What is the best way to eliminate E. coli before it gets to consumers?” 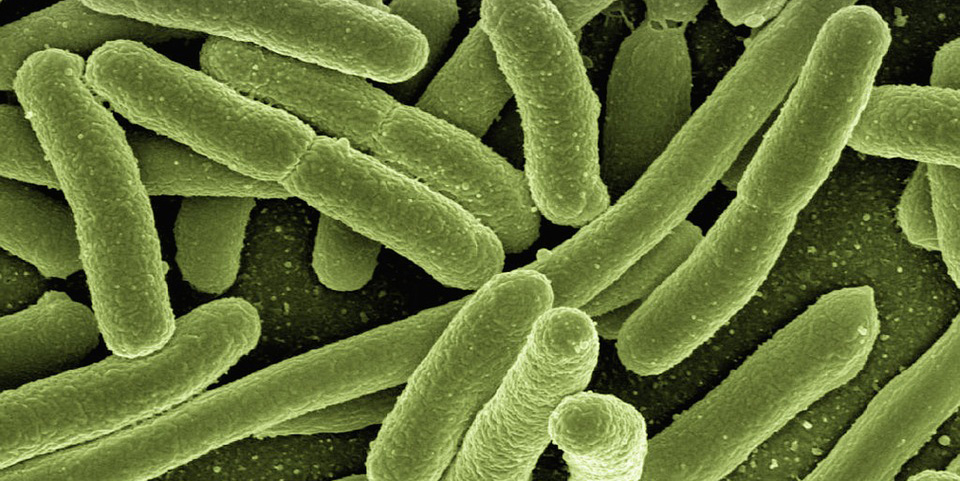 Escherichia coli (E. coli) is a large and diverse group of bacteria that generally lives in peoples' and animals' intestines. Most E. coli are harmless and actually are an essential part of a healthy human intestinal tract. However, some E. coli are pathogenic, meaning they can cause illnesses such as diarrhea, urinary tract infections, respiratory illness and pneumonia.

These pathogenic strains of E. coli are transmitted through contaminated food or through contact with animals or persons. The most dangerous strain of E. coli is O157:H7. It was first recognized as a cause of illness during an outbreak in 1982 traced to contaminated hamburgers. Although hamburger seems to be the most common cause of E. coli O157:H7 infections, illnesses have been linked to a wide variety of food items. Outbreaks have been associated with alfalfa, clover and radish sprouts, lettuce, and spinach. Other vehicles for outbreaks include unpasteurized juices, yogurt, dried salami, mayonnaise, raw milk, game meats, hazelnuts, and raw cookie dough.

While most infections from E. coli O157:57 are foodborne, some have been waterborne. In May of 2000, the municipal water supply of the Canadian town Walkerton, Ontario, was contaminated with this pathogen and was blamed for over 2,000 illnesses and seven (7) deaths. Even today, the CDC estimates that E. coli O157:57 causes 95,000 infections, 3,600 hospitalizations, and dozens of deaths annually in the United States.

Antimicrobial interventions to reduce food-borne pathogens are getting harder to find. Historically, chlorine has been a low-cost and relatively easy-to-use oxidizer that is effective against a wide variety of pathogens. However, the use of chlorine has undergone increased scrutiny due to its potentially harmful side effects. This scrutiny is also happening with other antimicrobial interventions such as methyl bromide, chlorine dioxide, and sodium hypochlorite. Additionally, some microbes have shown an ability to build up resistance to chemical treatments.

A relatively “new” antimicrobial intervention that is both effective and safe is ozone. Ozone has been around and used as a drinking water disinfectant for over a hundred years. However, the use of ozone has only recently gained more widespread popularity for being used in food processing and surface sanitation. 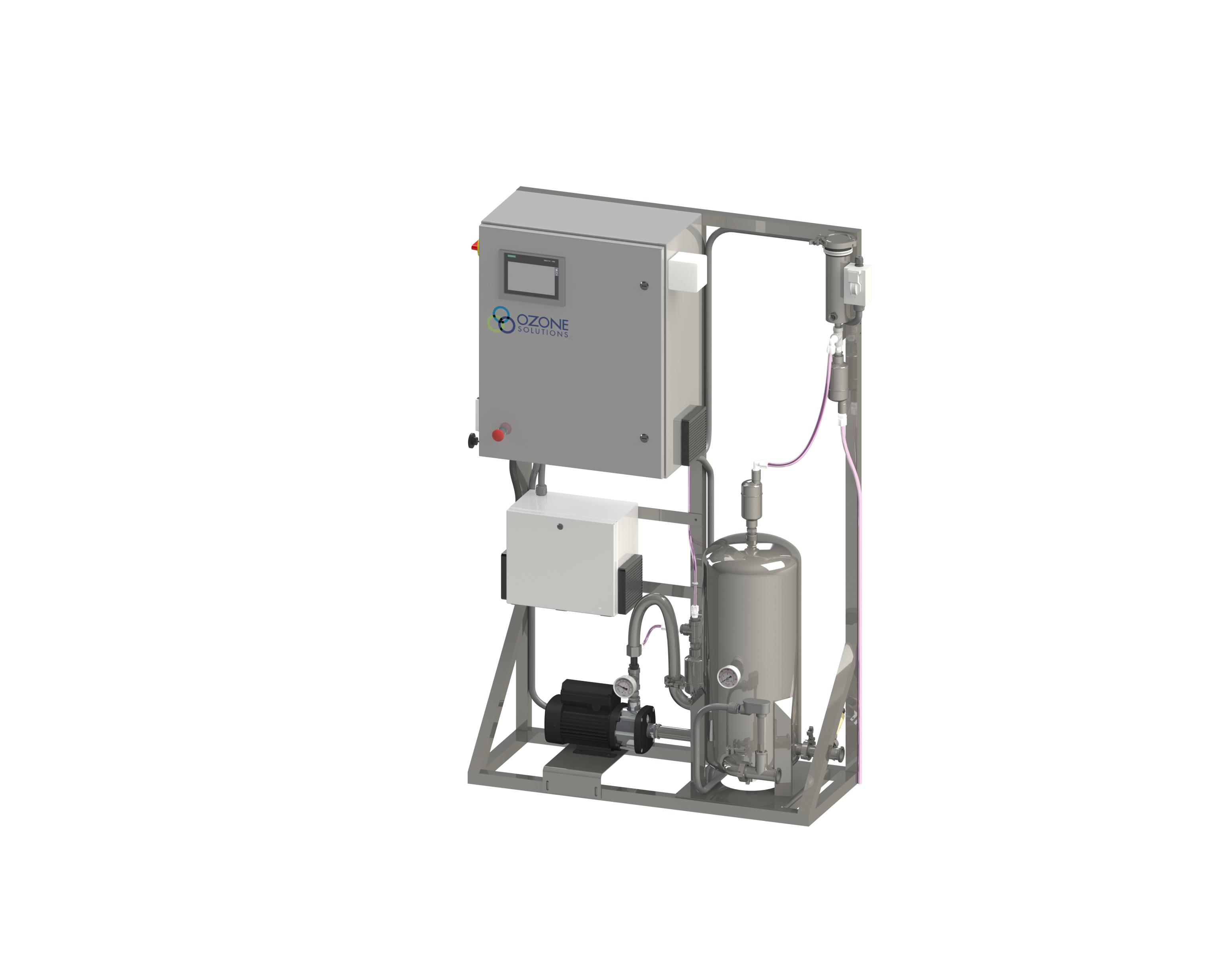 The most common method of using ozone for pathogen reduction is dissolving ozone into water. Aqueous ozone is very stable, safe and easy to manage. Typically, ozone is dissolved into water using an ozone injection system and then sprayed onto the surface, requiring disinfection. This application can be on the hard equipment surface or the surface of a food product.

Ozonated water can be applied using spray nozzles, spray bars, or even conveyors can be established. And only a few seconds of contact time of the aqueous ozone with the pathogen is necessary for inactivation. Ozone levels of 2.0 ppm are commonly used for E. coli O157:H7 reduction in an aqueous application. Higher ozone levels show only marginal improvement.

Ozone can also be used in drinking water to inactivate E. coli O157:H7. This use has been confirmed by the EPA and recognized as a suitable disinfectant for water.

The type of ozone treatment that is less common is the use of gaseous ozone to eliminate foodborne pathogens. The primary benefit of a gaseous application is that it can reduce the likelihood of secondary transmission. Air treatment enables disinfection of an entire area as opposed to just a point of contact with food. The gaseous ozone's effectiveness is much more dependent upon the temperature, humidity, contact time and ozone levels. There has been limited research conducted to determine that gaseous ozone will reduce and inactivate E. coli O157:H7, under varying conditions and on various food and water contaminations. However, the Direct Food Additive Petition was presented to the FDA in August 2000 to achieve GRAS status for the use of ozone to inactivate E. coli O157:h7, along with other pathogens. Its efficacy is detailed here. Efficacy of Gaseous Ozone Against Generic E. coli in Ground Beef 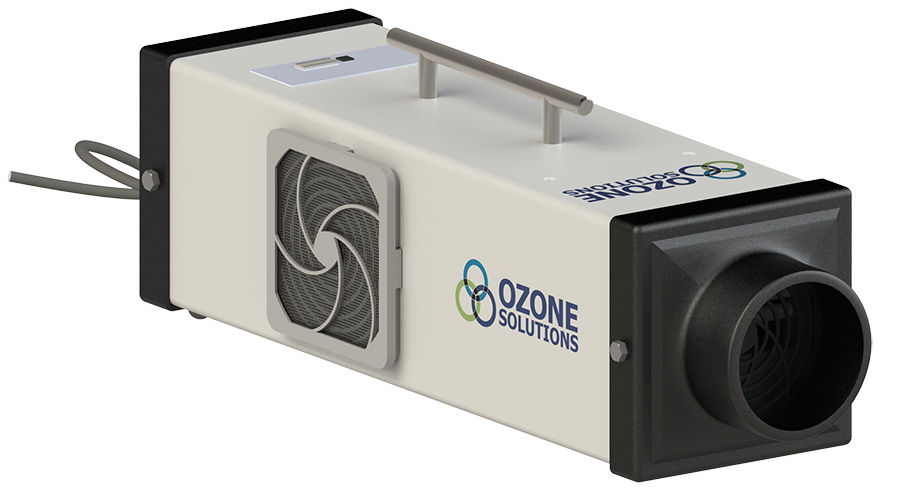 Additionally, the FDA implemented a food additive petition in 2001, "Ozone as an Antimicrobial Agent for the Treatment, Storage and Processing of Foods in Gas and Aqueous Phases." The petition read, in part:

The worldwide use of ozone as an effective sanitizer and disinfectant began in France in 1902 and has been documented in an expert panel report entitled "Evaluation of the History and Safety of Ozone in Processing Food for Human Consumption." This Declaration of GRAS Status for Use of Ozone in Food Processing was presented to the FDA on April 10, 1997 and published thereafter in the scientific literature and the trade press.

Numerous ozone applications have been installed throughout the food industry in the United States during the past two years. The benefits to public food safety are major, especially related to the food hazards identified in the President's Food Safety Initiative. These include newer pathogens such as E. coli 0157:H7, Listeria and resistant cyst formers such as Cryptosporidium and Giardia, all of which are inactivated effectively by ozonation.

Papers About E. coli and Ozone

Efficacy of Aqueous Ozone for the Decontamination of Escherichia coli O157:H7 and Salmonella on Raspberries and Strawberries. The efficacy of ozone as a water additive for washing raspberries and strawberries was investigated.

Water and air ozone treatment as an alternative sanitizing technology

Inactivation of Escherichia coli O157:H7 by ozone in different substrates