Flocculation kinetic experiments were used to measure the effect of ozone on algal particle stability by determining alpha values. Singer and Chang (1989) used this approach in their studies of the effect of ozone as an aid to coagulation. Experiments were conducted in which algae were added at a known (measured) cell number concentration. Over time, the algal suspension was mixed at a known velocity gradient of 10 or 50s-1, and samples were withdrawn for particle size and number measurements.

Flocculation kinetic experiments were conducted for Chlorella for a calcium concentration of 30 mg/L as CaCO3. The water also contained 10-3 M NaHCO3 and the pH was 7. Three experiments were done for the following ozonation conditions: (1) no ozone, (2) ozone at an absorbed dose of 1mg/L and (3) ozone at an absorbed dose of 3 mg/L. No coagulant was used so that the direct effect of ozone on algal particle stability could be compared against the no-ozone case. Flocculation kinetic experiments with Scenedesmus were first performed for the standard calcium concentration case of 30 mg/L as CaCo3. This yielded a total of nine experiments. 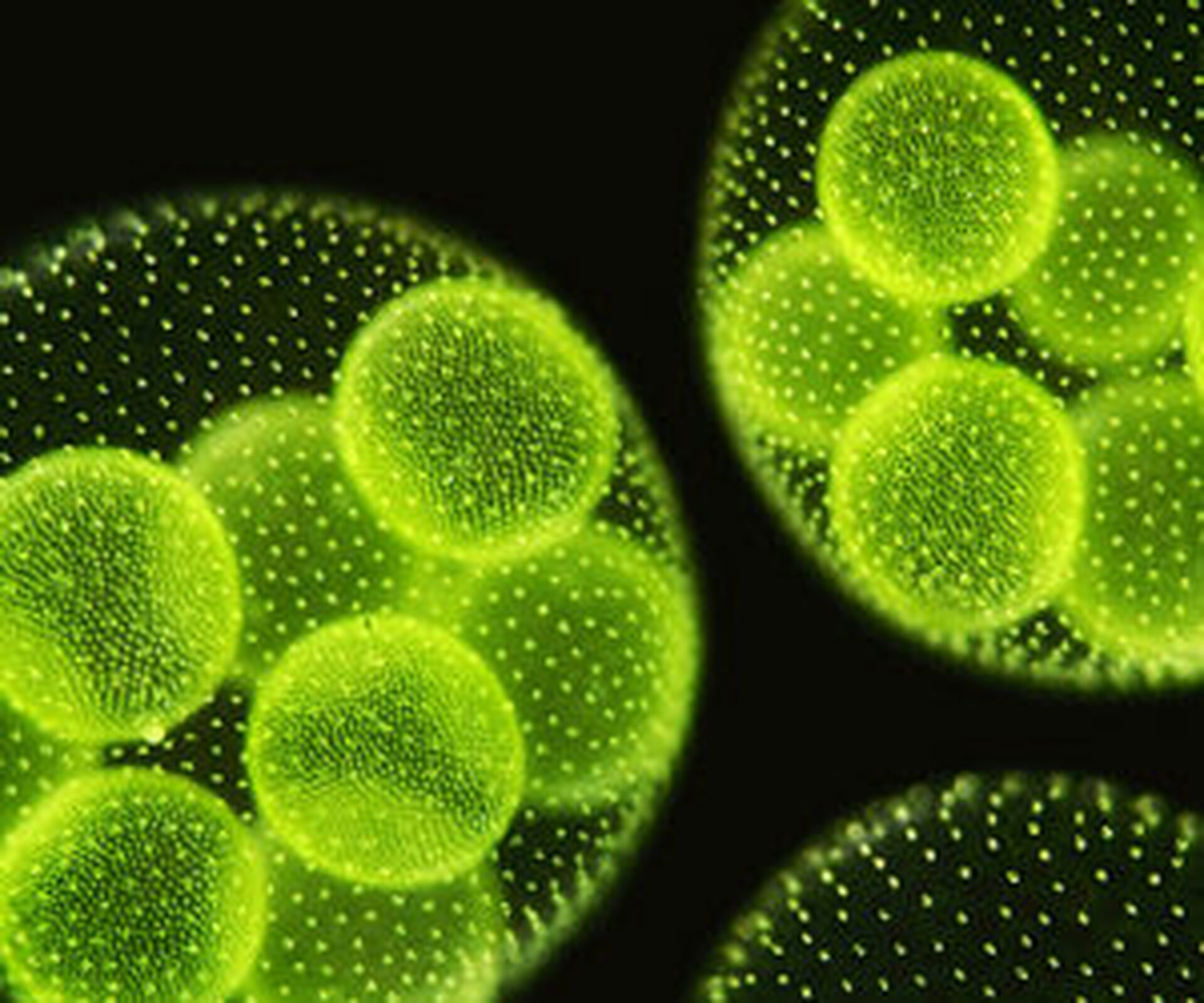 The kSmoluchowski for orthokinetic flocculation was used as a basis to calculate alpha, the stability factor, from the measurements. When waters are ozonated, the particle volume concentration f may not remain constant. It may increase following ozonation due to production of particles through precipitation (e.g., oxidation of Fe or Mn producing Fe(OH)3 or MnO2 particles) or it may decrease due to breakup or shrinkage of organic part such as algae. In the controlled experiments with synthetic waters, precipitation from Fe or Mn would not occur; however shrinkage or breakup of the algal cells can occur. Alpha values indicate the stability of the particles, low values, e.g., 0.01, indicate stable particles that flocculate very slowly, whereas higher alpha values approaching 1 indicate destabilized particles that flocculate rapidly.

The kinetic experiments for Chlorella were run in duplicate. The data show that no measurable flocculation for Chlorella occurred with or without preozonation (i.e., little, if any, change in the cell concentration N time). Alpha values in most cases approach zero, so any computation of alpha would be highly inaccurate. Nevertheless, it can be concluded from these results that Chlorella is stable and that ozone has no positive effect on the flocculation kinetics of Chlorella. Based on these results and the jar test data, no additional kinetic experiments were done with Chlorella.

Unlike Chlorella, Scenedesmus did undergo flocculation; consequently, alpha values were computed and then normalized or put on a relative basis with respect to an ozone effect as presented below.

Kinetic flocculation experiments with algae are difficult to perform because living organisms are used. The particle volume concentration (f) may change upon ozonation affecting rates of particle flocculation. Therefore, absolute alpha values cannot be determined accurately. What is more important is the relative effect of ozone on alpha. For these reasons, the relative effect of ozone on alpha, not absolute alpha values, are present. Relative alpha arel is defined as follows.

Where a(test) = the alpha value for any test case.

a(ref) = the alpha value for the reference condition of no preozone.

Ozone increases the flocculation kinetics of Scenedesmus for all calcium cases as indicated by the increase in a rel. When Ca is low (0 and 30 mg/L [CaCO3]), the effect of ozone on the algae particles is about the same as that indicated by the approximately equal arel values. At the highest Ca concentration tested, ozone has a great effect at 1mg/L (arel of 10), while increasing ozone to 3 mg/L decreases arel to 5. This increase in arel at 1 mg/L and then decrease at higher ozone may be due to interacting effects between ozone and calcium.

J Chang and Singer (1991) have reported on a study in which they measured a values before and after ozone addition for waters collected from seven locations throughout the United Stated. They found that ozone reduction of particle stability (i.e., increased alpha) depended on both the ozone dose and the water hardness, which they expressed in terms of the raw-water hardness to total organic carbon (TOC) ratio. Specifically, they found increases in alpha for ozone doses of 0.4 to 0.8 mg O3/mg TOC and hardness-to-TOC ratios of at least 25 mg CaCO3/mg TOC. While they did not address the role of algae, at least on a seasonal basis: Los Angeles (Owens River Aqueduct), Monroe, Mich. (Lake Erie), and Bay City, Mich. (Saginaw Bay of Lake Huron).

Chang and Singer (1991) found for all three of these supplies that ozone at low doses increased alpha, while at higher ozone doses alpha decreased, in some cases approaching the alpha level for no preozonation. For Monroe, alpha increased for ozone doses up to 1 mg/L and then decreased at a dose of 2 mg/L. For Bay City, for a water sample collected during the summer, alpha increased with ozone up to a dose of 2 mg/L and then decreased at an ozone dose of 3 mg/L. For Los Angeles, the results were similar but at lower ozone doses.

In the work of Chang and Singer, all three supplies had higher hardness (70 to 144 mg/L CaCO3) values than the hardness used in the algae work of this project (0 to 50 mg/L CaCO3), but the hardness-to-TOC ratios are comparable --- 35 to 60 mg CaCO3/mg TOC for the three supplies in the Chang and Singer work versus 15 to 30 mg CaCO3/mg TOC for the two calcium cases of this project. Independent DOC measurements for the algae experiments indicated values of about 2 mg/L with little particulate carbon. IN summary, the results for Scenedesmus and Chlorella show the effect of ozone on alpha depends on ozone dose, calcium and hardness and algae type.

Elimination of Algae with Ozone

People involved in water treatment speak generally of an "algae" problem. In fact, it is more accurate to use the term "plankton". This term includes all the micro-algae that under favorable conditions (the presence of ideal amounts of nutrients, heat, and sunlight in the environment) can undergo periods of explosive growth. It also includes animal plankton (zooplankton), which belong to a higher level in the food chain, as well as actinomycetes. All these organisms are sized within a range of a few microns to a few millimeters. Reference:"Ozone in Water Treatment" - Bruno Laglis, David A. Reckhow, Deborah R. Brink "Ozone in Water Treatment" - International Ozone Association - San Francisco 1993

The following table presents a list of plankton species generally predominant in water and the effects they produce: (Krauter 1974; Palmer 1980)

Ozone has been used for algae elimination for years with very good results. In the following table you can compare ozone with some other very strong oxidants and you will see that ozone obtains very good results in a short amount of time.

As you can see, the correct installation is crucial for getting the best results from your system. If the ozone system is not well designed and installed, you will not get the desired benefits.