Small scale tests on an open recirculating cooling system with a cooling water flow of 10 m3/h conducted for a period of two years has shown that ozone could be a viable alternative to chlorine and other commonly used biocides. An average ozone dosage of .05 mg/L was applied continuously to the cooling water. Corrosion rates of copper alloy samples immersed in ozonized water were lower than the rates of samples in non-ozonized water. No corrosion was detected for the Cr-Ni steel alloys DIN 1.4306 and DIN 1.4404 as well as for titanium either in the presence or absence of ozone in water. This is ascribed to the formation of a thin protective layer in both cases. A pilot plant has been set up at the EVS Heilbronn coal-fired power station in West Germany in order to confirm the results obtained on a small scale. The open recirculating cooling system has a cooling water flow of 1,000 m3/h and is fed by conditioned Neckar river water. An air-fed ozone generator is used to ozonize a 10% side stream of the cooling water. A bubble diffuser contactor is used to introduce ozone into the water and an air heater is operated to decompose excess ozone leaving the contactor. The plant can be run to yield either a constant ozone residual concentration in the water or a constant ozone dosage to the water leaving the contactor. All relevant data is registered continuously and the plant presently is operated automatically with a constant ozone dosage in the side stream. Corrosion experiments are performed using laboratory heat exchangers, and all physical, chemical and microbiological data of the cooling water is acquired. The operation started February 1, 1989 and was scheduled to be terminated by the end of 1990.

A small scale test was performed utilizing the same water flow and scale. The first reactor was cooled using ozonated water. In the second reactor no ozone was injected in the system. Corrosion tests were performed on both systems over the course of two years. 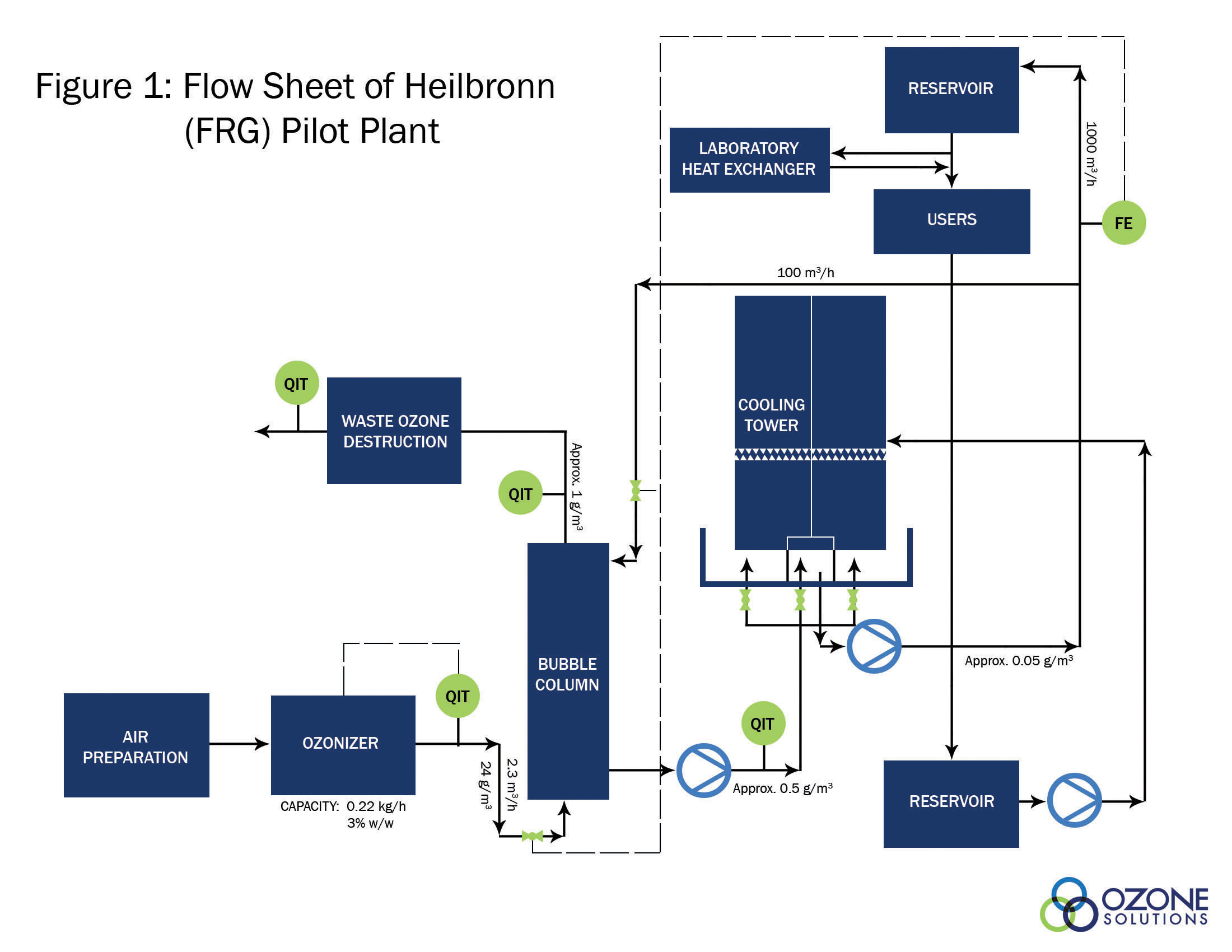