Ozone for Water Treatment and Disinfection 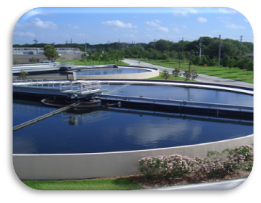 Wastewater treatment has become a focus for states and municipalities across the United States. In order to meet the effluent guidelines and EPA regulatory standards for discharge into the natural environment, many governments are evaluating their current systems for safety and effectiveness.

However, the challenge isn’t limited to water disinfection. Some water contaminants may be released into the surrounding air, generating odors. Odor problems are common for wastewater treatment plants due to the abundance of sulfur compounds (H2S and mercaptans), ammonia and those other organic substances.

What is ozone’s role in disinfecting wastewater?

In municipal applications, chlorination, ultraviolet light, and chloramines are primary methods of wastewater disinfection. Ozone disinfection is the least used method in the U.S., although this technology has been widely accepted in Europe for decades. It is generally used at medium to large-sized plants after a secondary or later treatment. Since organic material is naturally present in water, and chlorine can react with these organic materials to form harmful by-products, many municipalities seek other disinfection methods. Ozone treatment has the ability to achieve higher levels of disinfection than either chlorine or UV. It can destroy harmful substances, colors, odors, and microorganisms directly without harmful by-products or the creation of chemical residue.

When ozone decomposes in water, the free radicals, hydrogen peroxy (HO2) and hydroxyl (OH) that are formed have the great oxidizing capacity and play an active role in the disinfection process. This oxidation destroys bacteria through cell wall disintegration (cell lysis). Ozone will also help remove tensides, phenols, and cyanides from wastewater. 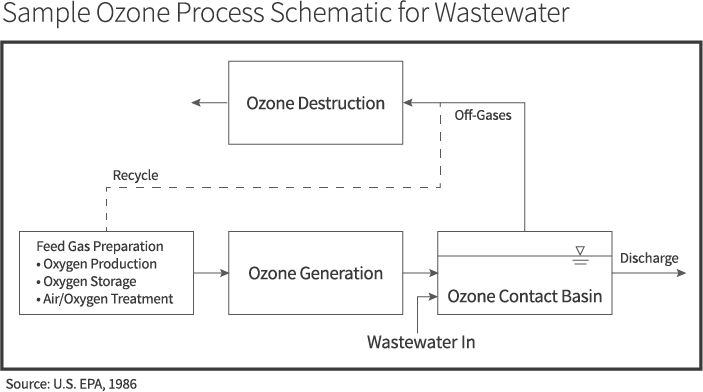 What are other benefits of using ozone for wastewater? 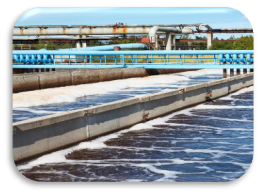 Ozone is the most powerful, safest, and environmentally friendly disinfectant available for water decontamination and eliminating odors. But those aren’t the only benefits for wastewater. Another benefit of ozonation is the removal of iron and manganese. While these two elements cause little to no health issues, their removal reduces the discoloration of discharge water. Ozonation will also be beneficial in limiting the build-up of iron and manganese on pipes, fixtures, and other components, helping to reduce overall maintenance costs.

Some other benefits of ozone include:

Even though ozone is more effective than other disinfectant options, and it is widely accepted in Europe, it is only slowly gaining acceptance by municipalities in the US. While it has long been used for commercial disinfection of drinking water, EPA guidelines and initial costs are the primary roadblocks to wider ozone implementation.

Ozone generally comes with higher initial capital expenditure – something municipalities are often hesitant about. However, those costs are offset in the long-term by reducing maintenance, eliminating the need for residual removal, and reducing or eliminating chemical purchase and storage expenses. The use of Dissolved Ozone Flotation (DOF) also allows Dissolved Air Flotation (DAF) and Dissolved Gas Flotation (DGF) systems to be more efficient for wastewater treatment. And by consulting with Ozone Solutions design and engineering team, we can help ensure the most efficient and effective system. 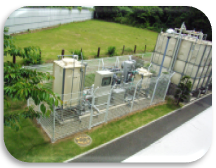 Ozone has a greater ability to disinfect water of bacteria and viruses compared to chlorination. To properly disinfect water with chlorine or ozone there must be enough residual of the chlorine or ozone in mg/L (same as saying parts per million or PPM) in the water, AND enough minutes of contact time for disinfection to occur. Water chemistry is also very important.  The pH of the water (how acid or alkaline it is) along with the turbidity and other contaminants all play a role in how effective chlorine or ozone will be at disinfecting your well water of bacteria. Ozone is faster at killing bacteria and oxidizing iron and manganese compared to chlorine or peroxide. For example, the CT value (Concentrate of the oxidizer multiplied by the Time in minutes) for disinfecting water of viruses is 6. 6 minutes at 1 PPM chlorine concentration. Whereas for ozone the CT value is less than 1 (1 PPM with 1 minute of contact time) so disinfection and oxidation occur faster than chlorine or peroxide.

Using an ozone system, it is simplest to eradicate iron, sulfur, and manganese from water. Ozone’s oxidative power makes this possible. As part of the ozone oxidation process, the system must be sized based on the amount of iron, sulfur, and manganese in the water, the well pump’s gallons per minute (gpm), and the quantity of water consumed per day (gpd). In addition to these, there are a number of other factors to consider.

It is critical to first understand what oxidation means before you can understand how ozone accomplishes its task. By combining with or adding oxygen, oxides change their form, and electrons are lost, increasing the valence of an element.

By oxidizing the organic material in bacteria’s membranes, oxygen kills bacteria by causing cell walls to weaken and rupture. As a result, the organism is exposed to the external environment, leading to the death of its cells almost immediately.

The Process of Well Water Ozonation